Why Is Michael Bloomberg, Knight Of The British Empire, Running For President?

November 10, 2019
MASTER OF THE 9/11 COVER-UP FOR PRESIDENT?
Though 9/11 made Michael Bloomberg mayor, he’s sometimes seemed insensitive about its aftereffects on others—he once memorably said he wanted to tell widows they needed to “suck it up” and move on.
- Bloomberg, Michael, "The mayor’s tough, crucial attitude: Get over it," by Chris Smith, New York Magazine, August 27, 2011 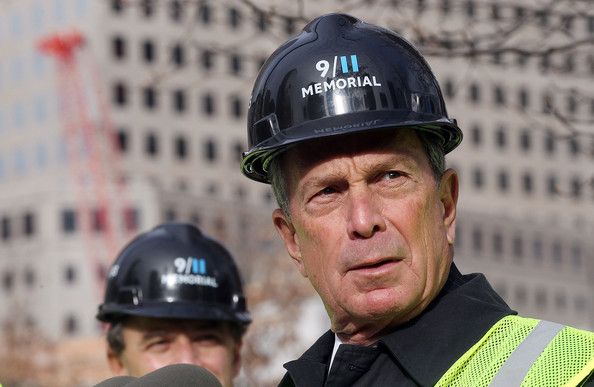 Michael Bloomberg is the chairman of the board of the 9/11 Memorial and Museum, an institution dedicated to propagating the official "myth" about 9/11, which is utterly false and disproven by the facts. People like Bloomberg, who have knowingly covered up the evidence and promoted a pack of lies about 9/11, are complicit in the greatest crime against the people of the United States.
You might wonder why Michael Bloomberg, a 77-year-old billionaire and former mayor of New York City, would want to join the race as a Democratic candidate for president.
Bloomberg seems to change political parties with the changing winds. Before 2001, he was a Democrat; he was a Republican from 2001 thru 2007; an Independent from 2007 to 2018; and is, once again, a Democrat since 2018, in time to join the race for president.
So, why is he running? The first thing that comes to mind is 9/11. Bloomberg was mayor of NYC for an unprecedented three-terms, serving from the beginning of 2002 through 2013. As the post-9/11 mayor for 12 years, Bloomberg managed the suppression of 9/11 truth in the city where thousands of people are victims and eyewitnesses of the atrocity - and where many know that the official story is a pack of lies.  He then oversaw the construction of the 9/11 memorial and museum, an institution dedicated to protecting the official myth, which he runs as chairman of the board.
See: https://www.911memorial.org/about/board-directors/michael-r-bloomberg
Mayor Bloomberg kept the lid on 9/11 truth in New York, the city that paid the highest price for the events of 9/11. To this day, firefighters, police, and others who worked on or near "the pile" are dying of cancer every week.  One of the most essential facts about why so many first-responders have died is because the bluish smoke that rose from the pile contained "unprecedented" amounts of toxic nano-particles, which were being produced in extremely hot reactions going on beneath the pile.  These reactions, which went on until Christmas 2001, were much hotter than normal fuel fires and could not be extinguished with water.  Under Mayor Bloomberg this crucial evidence was suppressed and was not discussed in connection with the thousands of New Yorkers who have died as a result of being exposed to this highly toxic smoke.
While this is not the only aspect of 9/11 that has been suppressed, it is a key aspect because it exposes the lie that the towers collapsed due to burning jet fuel and office fires.  The "particle effect" caused by the nano-particles in the smoke also explains why so many New Yorkers who were exposed to it have died from cancer. 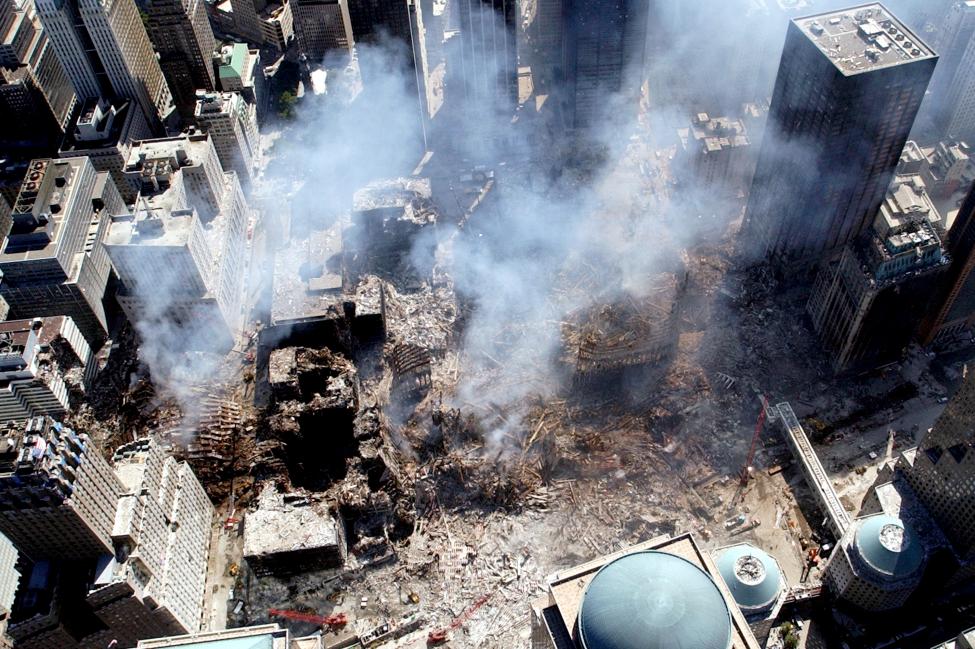 THE LETHAL BLUE SMOKE - When he saw the light bluish smoke rising from the rubble of the World Trade Center, Thomas A. Cahill, an expert on airborne aerosols and director of the DELTA Group at the University of California at Davis, knew the plumes contained large amounts of the very smallest particles, the extremely toxic ultra-fine particles less than 1 one-millionth of a meter in size, and smaller. Unlike the much larger dust particles from the destruction of the twin towers, these ultra-fine and nano-particles are particularly hazardous because of their extremely small size, which allows them to pass throughout the body and penetrate into the nucleus of the human cell.

See:  "Why Did Iron Boil beneath the Rubble?" Christopher Bollyn, May 6, 2006https://www.bollyn.com/why-did-iron-boil-beneath-the-rubble/
"The Smoking Gun of 9-11" Christopher Bollyn, October 15, 2012
www.bollyn.com/13879/
I have often said that the evil masterminds behind the false-flag terror atrocity of 9/11 must maintain control of the White House, Congress, and the Dept. of Justice to prevent the truth from coming out. If the truth of 9/11 were to come out it would mean an end to them - and their evil plots!
Bloomberg served as the master of the 9/11 cover-up in NYC from 2002 thru 2013. The next year, on October 6, 2014, Queen Elizabeth II awarded Bloomberg as Honorary Knight Commander of the Order of the British Empire. Bloomberg's British knighthood presents a problem with Article I, Section 9, Clause 8 of the United States Constitution, the Title of Nobility Clause, which restricts members of the government from receiving gifts, emoluments, offices or titles from foreign states and monarchies without the consent of the United States Congress.
It seems very likely that Bloomberg has been asked to run and to serve as president to continue to manage the 9/11 deception and cover-up at the national level. While it seems unlikely that American voters would rally around Bloomberg, the controlled media outlet CNBC (Comcast) is already pushing him, with the headline on November 10:  "Bloomberg leads Trump by 6 points in 2020 election matchup."
It certainly looks like a prime example of the saying, "no rest for the wicked."
Posted by James Hufferd at 8:35 PM