Jewish Voice For Peace: Above The Law? - Benjamin Netanyahu Before The International Criminal Court?

While I was in school to become a rabbi, I spent the summers of 2006, 2007, and 2008 living in a village in the Salfit region of the West Bank. I was there as part of the International Women’s Peace Service to document human rights abuses against Palestinians at the hands of the Israeli military. The Palestinians in this region invited us to come bear witness, knowing one day the International Criminal Court (ICC) would need proof of what Israel has been doing. That day is now here.
On Dec. 20, the ICC’s chief prosecutor announced that there is “a reasonable basis to believe that war crimes were committed” in the West Bank and in Gaza. This is an ENORMOUS step towards holding Israel accountable for its criminal treatment of Palestinians.
Of course Netanyahu is claiming this is antisemitic. But there is nothing antisemitic about holding a government accountable for thier actions. There is nothing antisemitic about ensuring Palestinians enjoy lives of dignity and freedom.
Make no mistake: public pressure was key to convincing the ICC’s chief prosecutor to move ahead – and public pressure will be *key* to pushing back against the overwhelming diplomatic pressure by the U.S. and Israel to drop the case… That’s where JVP comes in.
It is BEYOND time to end Israel’s impunity for decades of intentional, widespread, and egregious violations of Palestinian human rights.

In hundreds of cases like these, there was no credible independent justice system that Palestinians could turn to – that’s why the ICC is so important.
And this is not just about past injustices: Israel continues to regularly and illegally confiscate Palestinian homes. That’s why the ICC is so important: the threat of being held accountable for war crimes is forcing Israeli officials to think twice.
Already a potential ICC investigation is reportedly the key thing stopping bulldozers from demolishing the Palestinian town of Khan al-Amar.
A LOT of work on the ground made this happen that we were proud to support, and we have to keep it up:
Can you make a critical $18 donation to support JVP’s work to end Israeli impunity for war crimes? Every donation up to $360,000 before December 31 will be doubled.
Thanks for all you do, 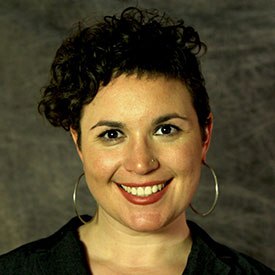